"They have heard about you- it's almost mythological at this point, your impact with Sanskrit and deeper yogic studies. Everyone is excited!"

~~Johnna Smith, Y2 Yoga Teacher Trainer
“Your knowledge of Sanskrit and the history of yoga blew me away.  And your passion and teaching style kept me engaged the whole time. Thank you!!!"

~~Rebecca Cline, Charlotte Yoga teacher trainee
"We are very fortunate to have Marcy on our Subtle Yoga teaching team. While she teaches Sanskrit with the rigor of an academic, she transmits her knowledge from the heart of a yogi. Our teacher trainees have gained a deep respect for the beauty and depth of this language and its importance in yoga study."

~~Kaoverii Weber, Founder of Subtle Yoga
"Sanskrit Revolution is a breath of fresh air: raising the bar for lay yoga pedagogy with a masala of insight, rigour, and wonderment."

~~Matthew Remski, author of threads of yoga:  a remix of patanjali-s sutra-s, with commentary and reverie
"In so many ways, yoga needs more academic approaches for study.  From history and vocabulary, to pronunciation and tonality, this workshop is a MUST for all yogis (students and teachers).  Ashtangis, think opening and closing mantras -- they need a lot of correcting!!!  Seriously, we all need this class, because based on what I learned, we are all in one way or another mutilating this language.  Marcy is an invaluable resource to our yoga community."

~~Michael Sammut
"Everybody loved Marcy's impeccably delivered presentation about the history of yoga.  I learned a lot, and my  teacher trainees will be the most well educated bunch yet!"

~~Christine Riverstone, Be Yoga teacher trainer
"We LOVED you!  We are going to seed the Sanskrit Revolution into our Yoga Bloomies in 2013 and beyond!"

~~Cora Wen, Founder of Yoga Bloom
"As someone who loves to sing kirtans and practice yoga, I really appreciate Marcy who is a true gift.  Her class is an amazing blend of historical information and practical advice such as the meaning and pronunciation of the most widely used words,which is essential if you chant. I left her workshop with a new appreciation of Sanskrit as well as a desire to learn more. I recommend Marcy to anyone who wants to understand this truly ancient language."

~~Lori Ives-Godwin, Founder of Your Community Connector and SHiFT Charlotte
"I had dinner with some friends last night and tortured them with my enthusiastic debriefing of all I'd learned. The weekend with her was exactly what I'd been hoping for. Marcy is a gem."

~~Heidi C Scanlon, Willow Street Yoga yogi
"Marcy teaches this ancient language with a passion and love that can't be ignored. Before my most recent teacher training, I considered introducing the Sanskrit based on what she had taught me at a previous program, but I knew better than to let an amateur do a master’s work. I plan on having Marcy at each teacher training because my students deserve accurate exposure to this lost art."

~~Tanner Bazemore, Owner & Teacher Trainer at Y2 Yoga
"What I love about Marcy most is the way she can fill you up with so much information but leave you wanting even more. The delivery of her knowledge is clear and concise and goes at the student's pace. Her stories are riveting and playful and really help yogis of modern times grasp ideas that originated thousands of years ago. Clearly, Marcy has found her calling and is sharing her expertise one mat at a time."

~~Jennifer Busco, Teacher Trainer at Charlotte Yoga
"Marcy inspires students to inquire within and learn more about the culture and techniques of yoga.  My Yoga Teacher Trainees rave about her!"

~~Susan Mondi Bowen, Owner and Teacher Trainer at Thrive Yoga
"Dr. Marcy Braverman Goldstein's Sanskrit students at LMU have distinguished themselves by using their hard-earned knowledge and sound preparation in Sanskrit grammar to improve their understanding and teaching of Yoga."

~~Christopher Key Chapple, Doshi Professor of Indic and Comparative Theology and founding Director of the M.A. in Yoga Studies at Loyola Marymount University
"Marcy is a wonderful teacher of Sanskrit. I enjoyed taking her classes at City Yoga in Los Angeles for 2.5 years. She is very systematic, and playful at the same time, and presents interesting material in just the right increments to help people master this difficult (for me at least) language."

~~Scott Lewicki, NASA engineer by day, yoga instructor by night
"Marcy is a wonderful teacher who shares her great depth of knowledge of a complex subject in a light-hearted, fun, and playful manner. Her addition to our teacher training programs is a wonderful fit for our instructors who specialize in various styles of yoga. It's gratifying to watch how thoroughly people appreciate Marcy's teachings and to see their excitement around this ancient language increase as their knowledge grows."

~~Melanie Snyder, Director of Charlotte Yoga Club
"I was Marcy’s dissertation advisor at the University of California, Santa Barbara. Her outstanding dissertation, for which she received her Ph.D. in 2003, was based on her own translations of extended passages from a wide range of Sanskrit works on Tantra, Ayurveda, and Bhakti. On the basis of her fine work, I can say without reservation that Marcy is an outstanding Sanskritist. She is also a wonderful person, a pleasure to work with and to be with."

~~David Gordon White, J. F. Rowny Professor of Comparative Religion at University of California, Santa Barbara; Presenter at Kripalu, Center for Yoga and Health
"Marcy adores teaching Sanskrit, and it shows in her effective teaching style, which is clear, thoughtful, and current. She takes students step by step in learning correct pronunciation. As a hatha yoga practitioner, Marcy can relate to the modern yogin. With a doctorate in Asian religions, she has the credentials to teach Sanskrit with accuracy and a depth of knowledge. Marcy has such deep and sincere enthusiasm for Sanskrit that even if you are a little interested, you are sure to be stoked by her offering."

~~Sarah Faircloth, Teacher Trainer at Rasika Yoga School
"Marcy has always had a great heart and a keen acumen but it is the way she listens, reaches across the conversation, and engages the all of you that will keep your mind and spirit engaged in the challenging prospect of Sanskrit language study. Marcy is a wonderful scholar, a real professional, and that's a serious requisite for teaching this subject, but what she will do to make this learning fun as well as serious will be worth your every effort. It will truly be a pleasure to work with Marcy, as thoughtful as Sarasvati, as kind as Laksmi. Go for it. This is your chance to learn Sanskrit the right way."

~~Douglas Brooks, Professor of Religion at University of Rochester; Founder of Rajanaka Yoga

"The great value of Marcy's effort is to bring together popular interest in the practice of yoga with serious scholarly work in Sanskrit and the complex history and philosophy of Yoga.  I am delighted to endorse Marcy, one of my most diligent and serious students, as one of the most reliable and competent teachers available for the study of Sanskrit and Yoga." 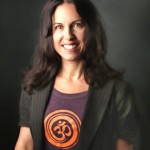 About ten years ago, City Yoga in West Hollywood, CA hosted Marcy’s first Sanskrit workshop.  At the same time, she was the Sanskrit Instructor in the Yoga Philosophy Certificate Program at Loyola Marymount University in Los Angeles. Since then she has taught at more than three dozen yoga studios, teacher training programs, yogafests such as YogaFest NC 2016, and conferences including the 2012 Yoga Alliance Leadership Conference and the 2013 and 2015 Southeast Yoga Conference.

At the University of North Carolina at Charlotte since 2008, Marcy has taught The History of Yoga, Hindu Gods and Goddess in India & the Queen City, Love & Sex in Indian Traditions, and World Religions.  As Visiting Assistant Professor at Davidson College, she taught Hinduism, Buddhism, and Meditation Texts.  In addition to learning on campus, some of her students take classes at yoga studios, a requirement that helps them embody the ideas that they have studied (i.e. participant-observation fieldwork and studying “religion on the ground”).